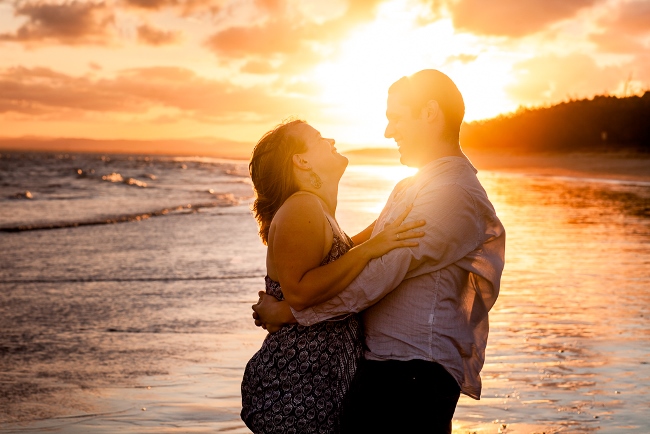 Aislinn and Kevin are blissfully engaged, and they’ve had themselves a splendid photo shoot with Bonnie Jenkins at their local dog beach with their two pooches. Here is what Aislinn, the bride-to-be had to say about meeting the love of her life in Ireland…

“I met Kev in 2007 when I was living in Ireland.  I had been there six months and wasn’t really enjoying it, so I had plans to move to Edinburgh in a couple of months.  While attending my  friend’s engagement party at a local pub, I happened to spy a guy getting a drink from the bar.  I asked my friend who’s that and she replied it was her cousin Kev.  To my suprise, a couple of minutes later he came up to me and asked if I wanted a drink. For the rest of the night we were inseparable, talking to the early hours of the morning.  A week later we had an awesome date at lovely Thai restuarnt. I was so impressed by the efforts by Kev went to, everything was maticulously planned down to sussing out my favourite food (Thai) and finding the best resturant in town. He even found Bundaberg Rum in Dublin! Within months we fell completely in love.  I abandoned all plans of moving to Edinburgh to stay in Ireland with Kev. When I said I wanted to go back to Australia, Kev, without a moment’s thought, said he would come with me. It has been nearly seven years now and we couldn’t be happier. We can’t wait to be husband and wife!”

You can really feel the love in the rest of Aislinn & Kevin’s engagement shoot, and you have to see their fur babies!