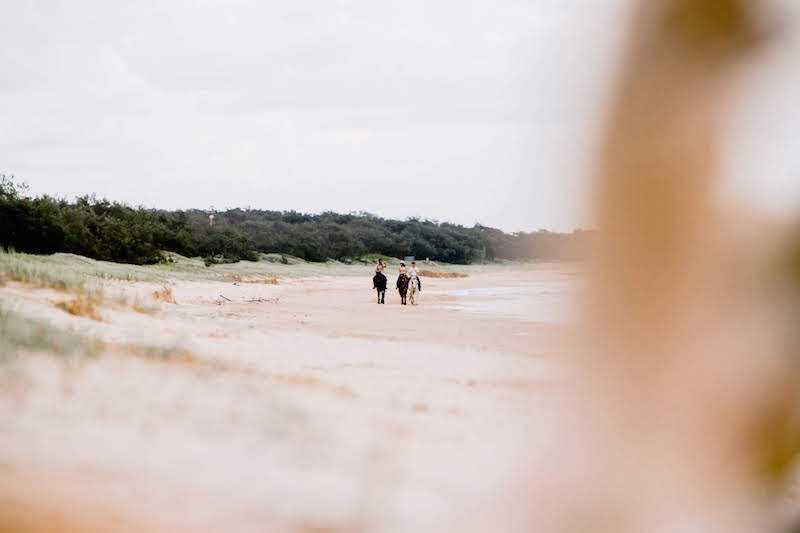 When Michael made the plan to propose to his girlfriend, Victoria, he didn’t want the special moment to go by without a tangible memory of the moment. So he contacted Nicole Laufer, Sunshine Coast wedding photographer, to ask her to come along to Noosa North Shore and capture the proposal. The trick was – he still wanted it to be a surprise!
Never one to do things by halves, Nicole offered to check out the beach where the deed was to take place, as Michael had never been there himself! While scouting out the location, Nicole made contact with Equathon Horse Riding, who were to be the hosts of the beach horse ride for the couple.
“I wanted to get some ideas, and told them what we were planning. After a very nice talk, we came up with a perfect plan – without me hiding in the sand dunes, because the horses can sense someone is hiding and become spooked!” Nicole said.
“We also wanted to be sure that Victoria would have no idea what would happen. So I tried my best without hiding, walking down the beach, acting I am a landscape or wildlife photographer. I was able to capture some amazing photos of their horse ride and proposal – very sneaky!”
At the end of their horse ride tour Michael jumped of his horse, went down on one knee and proposed! Victoria’s reaction is priceless, as you will see from the photos below. After that the jig was up and the happy couple stayed on with Nicole to have some beautiful photos together on the beach. You can really feel the love in these photos, and neither Michael nor Victoria can wipe the smiles from their faces. This is how you do a proposal on the Sunshine Coast, lovers!
Images by Nicole Laufer Photography 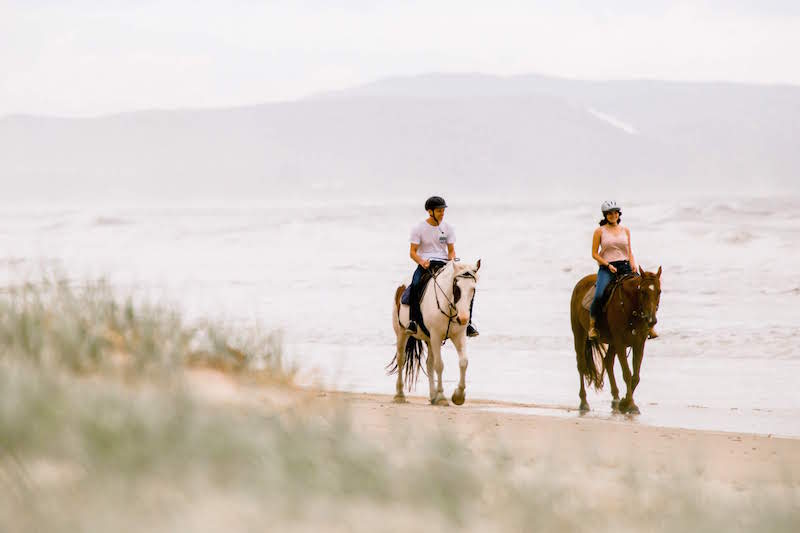 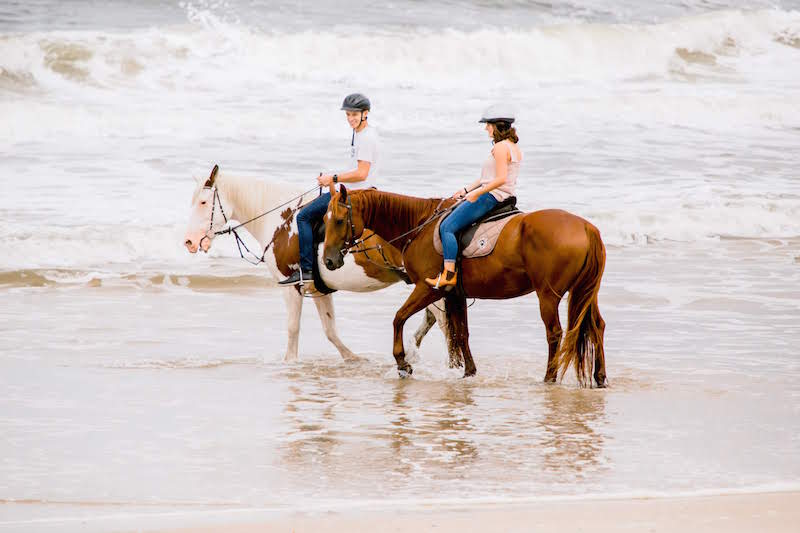 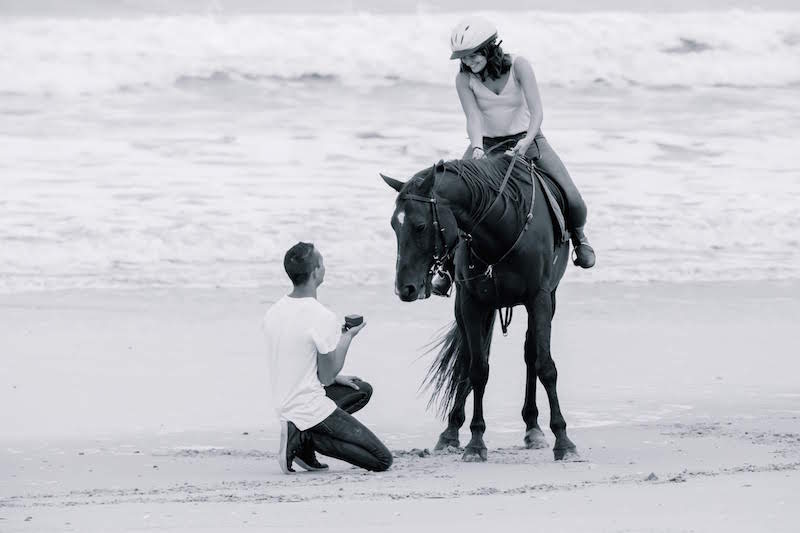 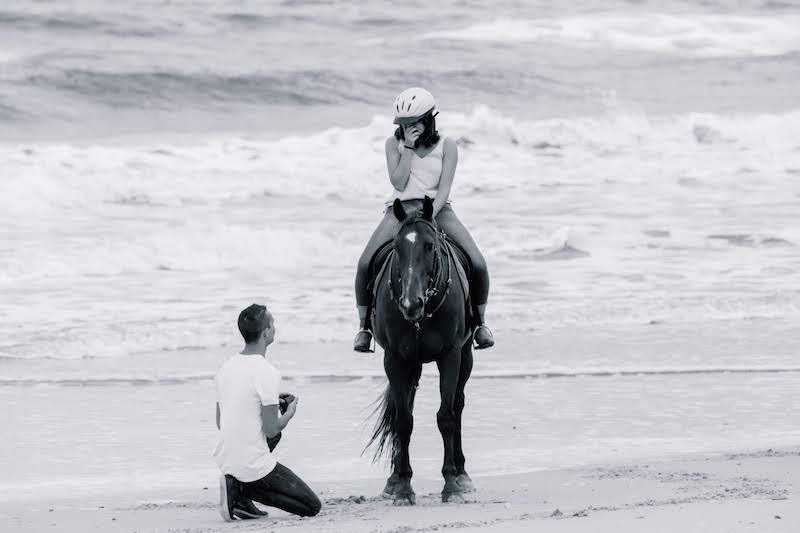 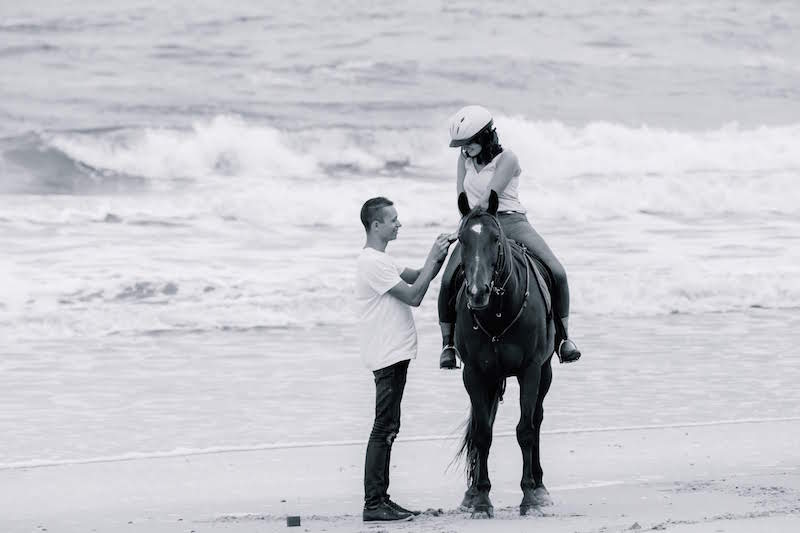 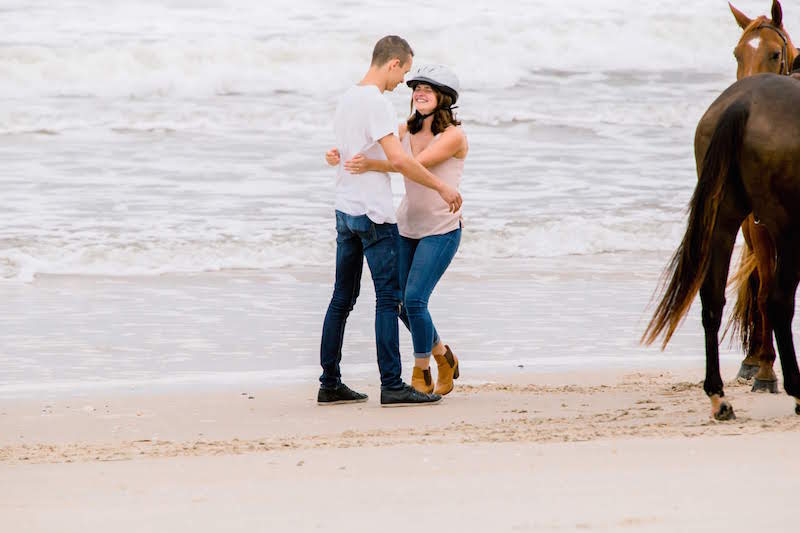 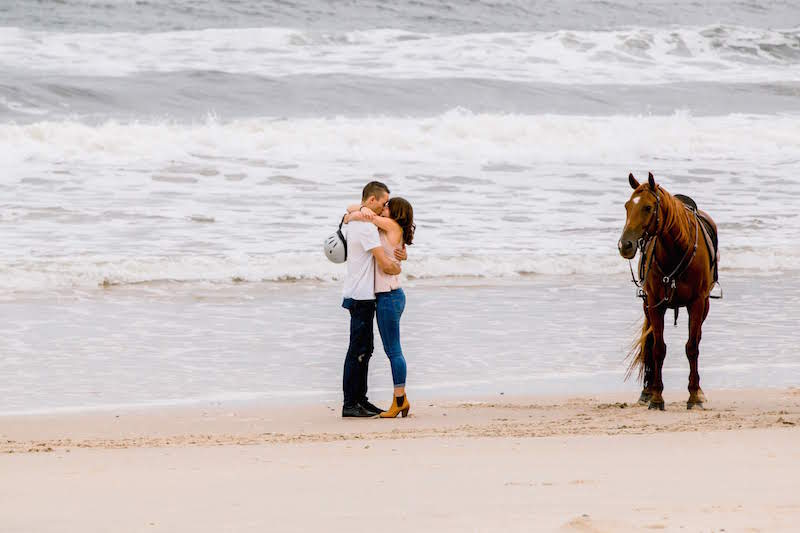 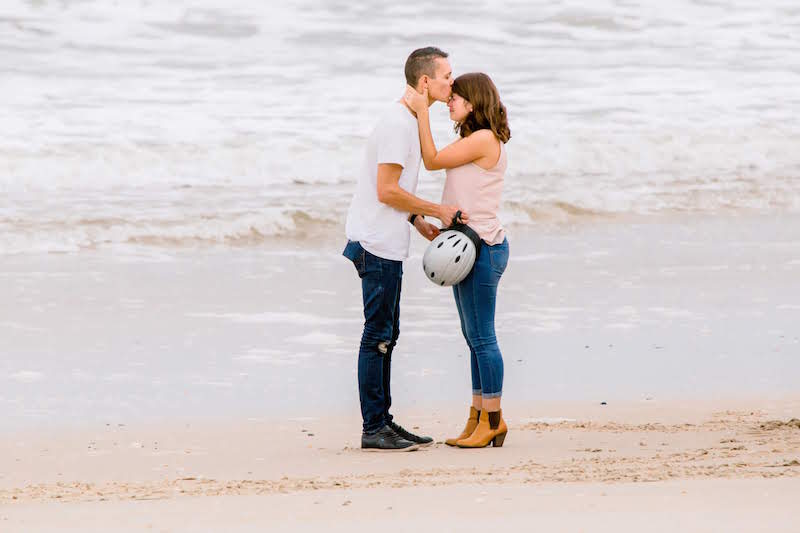 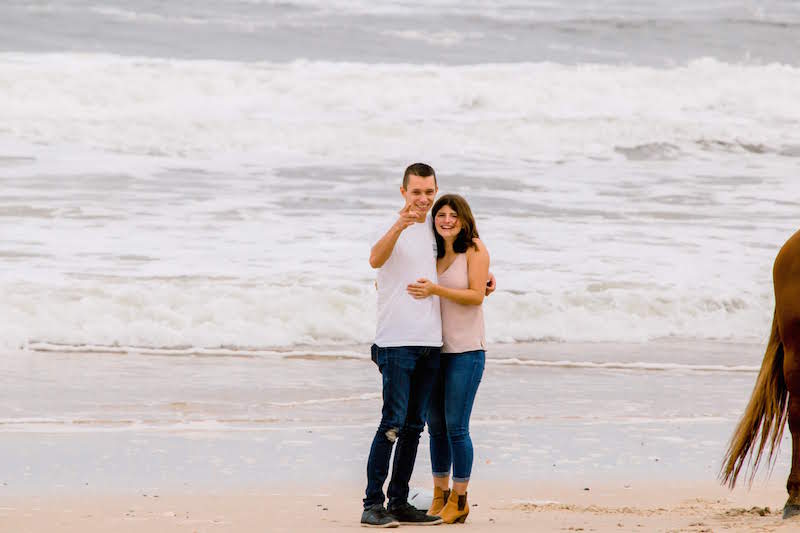 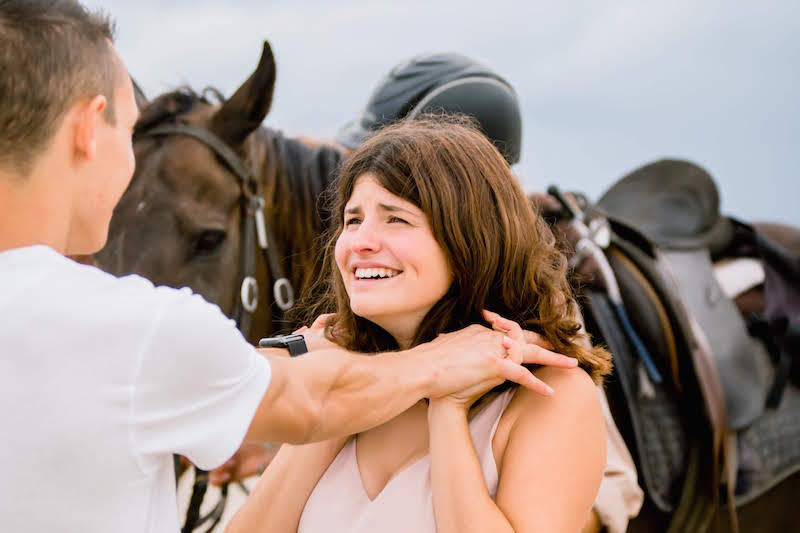 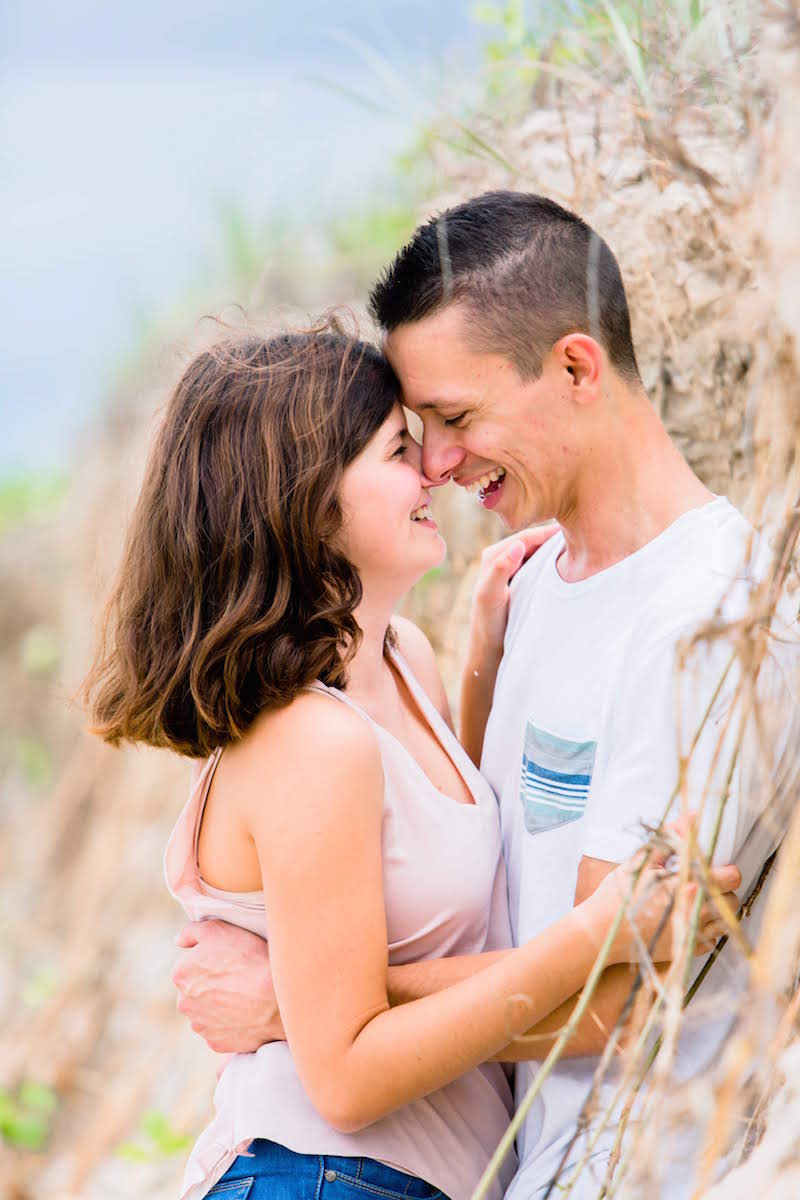 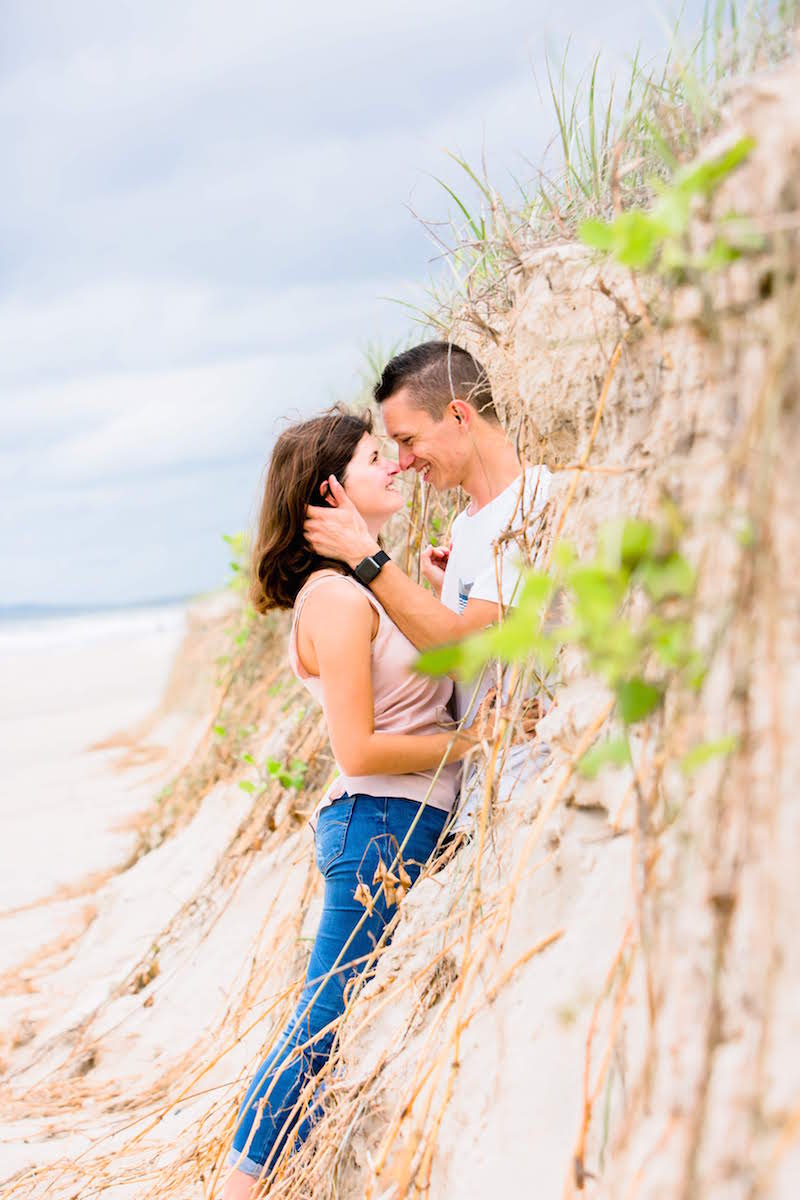 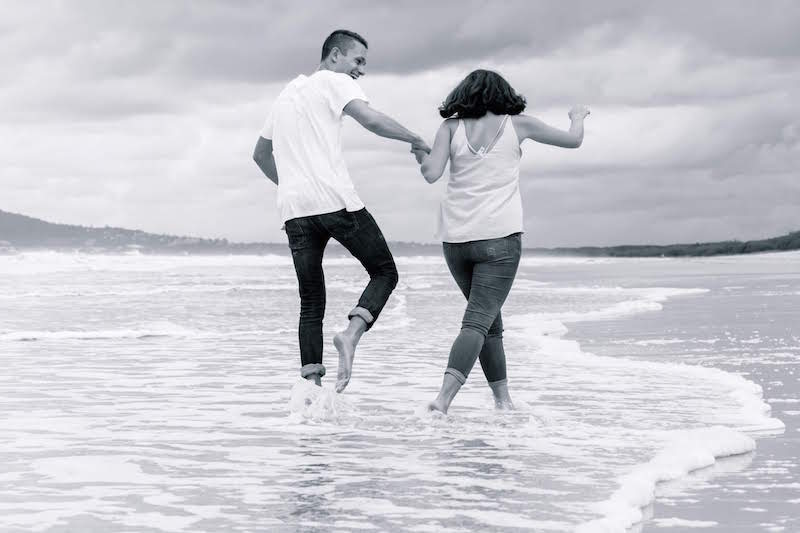 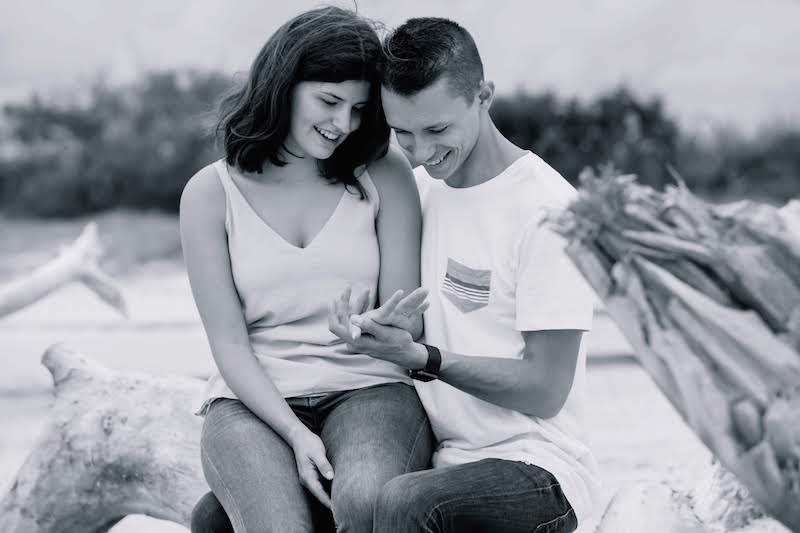 COVID-19 and Your Wedding on the Sunshine Coast